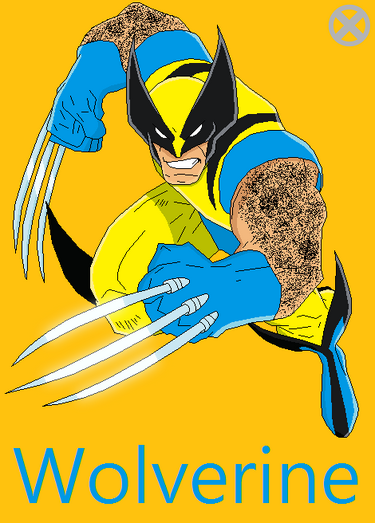 Wolverine is a mutant who was captured by a secret Canadian organization and given an unbreakable skeleton and claws. Treated like an animal, it took years for him to control himself. Now, he's a premiere member of the X-Men, Wolverine possesses the ability to regenerate damaged or destroyed areas of his cellular structure at a rate far greater than that of an ordinary human. The speed at which this healing factor works varies in direct proportion with the severity of the damage Wolverine suffers.

Due to his extensive training as a soldier, a C.I.A. operative, a samurai, a spy, and a member of the X-Men, Wolverine is an exceptional hand-to-hand combatant, having mastered virtually every fighting style on Earth. He is also a trained expert in multiple types of weapons, vehicles, computer systems, explosives, and assassination techniques. Wolverine is fluent in many languages.

Want to know more about Wolverine? Visit the websites below.