Superman is an American comic book series by DC Comics. It centers on titular superhero, Superman, the defender of Metropolis from the planet Krypton. The character was created by Jerry Siegel and Joe Shuster, high school students living in Cleveland, Ohio, in 1933; the character was sold to Detective Comics, Inc. (later DC Comics) in 1938. Superman first appeared in Action Comics #1 (June 1938) and subsequently appeared in various radio serials, television programs, films, newspaper strips, and video games. With the success of his adventures, Superman helped to create the superhero genre and establish its primacy within the American comic book.

Superman has fascinated scholars, with cultural theorists, commentators, and critics alike exploring the character's impact and role in the United States and worldwide. The character's ownership has often been the subject of dispute, with Siegel and Shuster twice suing for the return of legal ownership. Superman has been labeled as the greatest comic book hero of all time by IGN, as the editors pointed out that Superman was the blueprint for superheroes as we know them today. 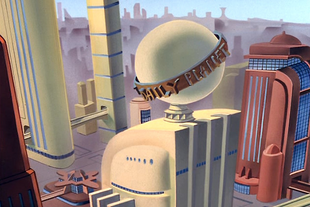