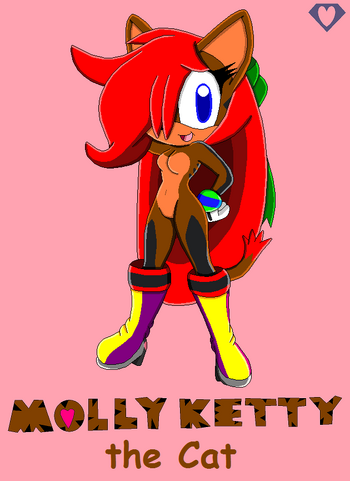 Animated debut: Molly Ketty and Friends - "A Week with the Hedgie Siblings" (2010)

Molly Ketty is a female, brown and orange cat with black stripes and long red hair. She is nice, smart and has a very positive attitude. Molly is always up for anything, rather it's going on adventures, stopping villains from taking over the world, shopping or just hanging out with her family and friends. She is also skilled in various fighting styles, and has a magical violet gem known as the "Aura Diamond."