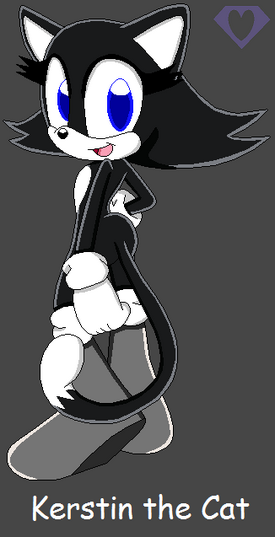 Kerstin is a female, tuxedo cat with a long fixable tail and big hips. She is both Molly Ketty and Valery's best friend. Kerstin is kind and respectful, though quite clumsy and obnoxious. She is also obsessed with sushi, has a huge crush on Brandon, and is afraid of thunder. Kerstin tends to dream a lot and think about things. She always likes a good conversation and is always friendly and will never upset her friends. Kerstin is a heavy sleeper, and cannot wake up at a set time, even when someone is present to do so.