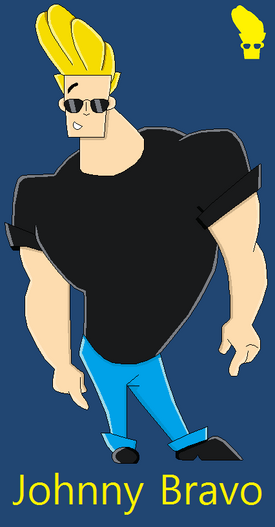 A muscular beefcake man from Aron City, who dons a pompadour hairstyle, an Elvis Presley-like voice, and has a forward, woman-chasing personality. Johnny tries to get a woman that he has targeted to fall in love with him. He is often beaten up or stunned by his target or companions, or is ditched by them in the end. His shallow and dim-witted traits that lead to a severely incorrigible inability to attract women.