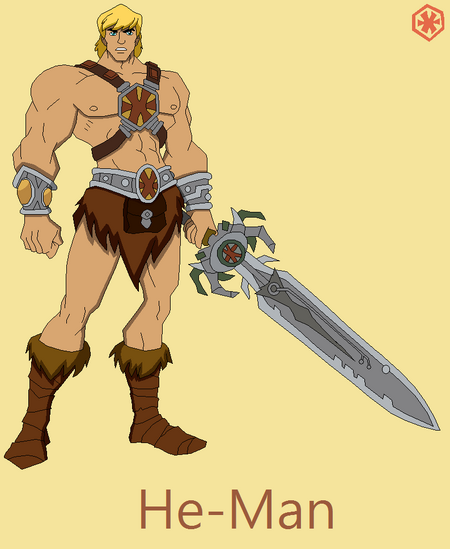 Universe: Masters of the Universe

Animated debut: He-Man and the Masters of the Universe (1983) - "The Cosmic Comet"

He-Man is the alter ego of Prince Adam, who defends Eternia and the secrets of Castle Grayskull from the evil forces of Skeletor. His physical powers is not limited to strength, but he is also extremely fast and acrobatic. He-Man's main weapon is the Power Sword, that is virtually indestructible, and able to deflect rays magical or technological.

Want to know more about He-Man? Visit the website below.