The games of the first genre are mostly single-screen platform/action puzzle types, featuring Donkey Kong as the opponent against Mario in an industrial construction setting. The original Donkey Kong game was the first appearance of Mario, Nintendo's flagship character, pre-dating the well-known Super Mario Bros. by four years. Donkey Kong first made his appearance in the 1981 arcade machine called Donkey Kong in which he faced Jumpman (later renamed Mario). In 1994, the series was revived as the Donkey Kong Country series, featuring Donkey Kong and his clan as protagonists in their native jungle setting versus a variety of anthropomorphic enemies, usually against the Kremlings, a clan of crocodiles, and their leader King K. Rool. These are side-scrolling platform games. Titles outside these two genres have included rhythm games (Donkey Konga), racing games (Diddy Kong Racing), and edutainment (Donkey Kong Jr. Math).

A hallmark of the Donkey Kong series is barrels, which the Kongs use as weapons, vehicles, furniture and lodging. The Donkey Kong character is highly recognizable and very popular; the franchise has sold over 40 million units worldwide. 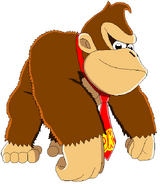 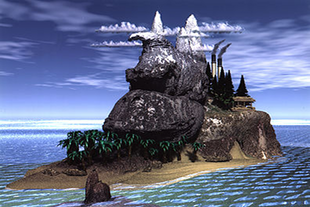 Want to know more about the Donkey Kong series? Visit the websites below.