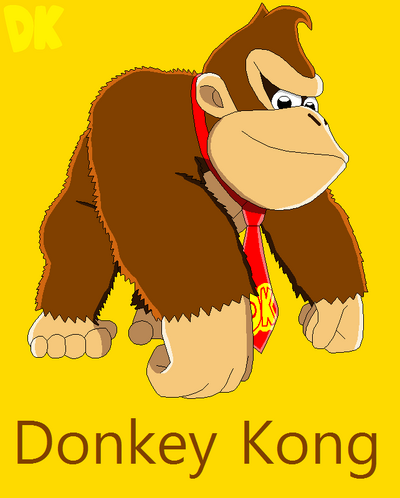 Donkey Kong, also known as "DK" for short, is a carefree jungle dweller with the charisma of a natural leader. He keeps busy by foiling the plans of the Kremlings and their boss, King K. Rool. As his physique suggests, this ape is a powerhouse. He's got speed to match too, and his love for bananas is second to none.

Want to know more about Donkey Kong? Visit the websites below.