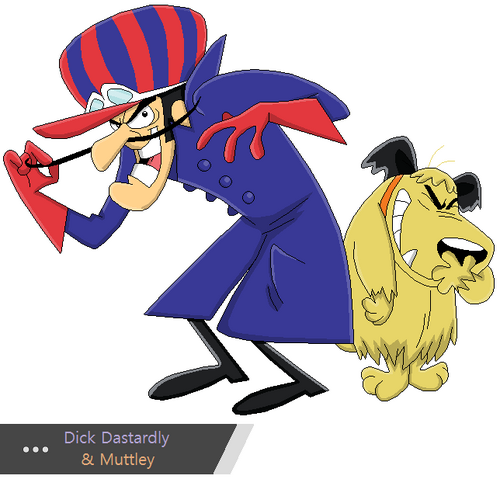 Universe: Wacky Races / Dastardly and Muttley in Their Flying Machines

Richard "Dick" Milhous Dastardly, and his snickering canine sidekick, Muttley, are a pair of double-dealing do-badders that attempt various villainies schemes. In Wacky Races, they compete for the title of "World's Wackiest Racer." Though, they've never won a single race for obvious reasons... In Dastardly and Muttley in Their Flying Machines, the attempt to stop Yankee Doodle Pigeon from delivering messages, with the assistance of Zilly and Klunk.