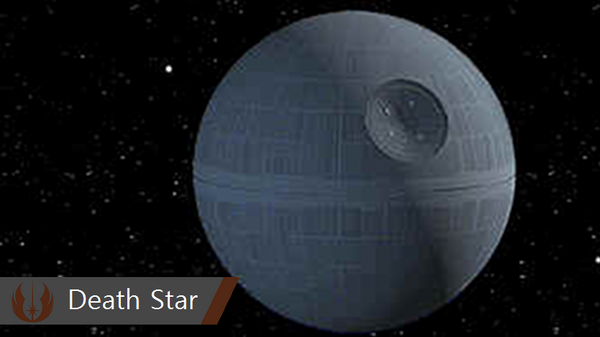 The Death Star is a moon-sized Imperial Military Battlestation which is equipped with a state-of-the-art superlaser capable of destroying an entire planet. It was the first in a long series of superweapons developed to execute The Tarkin Doctrine. It also allowed Emperor Palpatine to more directly appear as the threat the Galatic Empire, mostly through fear.

Want to know more about the Death Star? Visit the website below.