Cream the Rabbit & Cheese the Chao 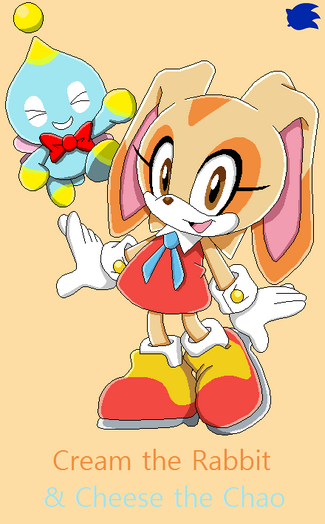 Cream is a young rabbit who can use her large ears to fly. She's a spirited go-getter who always gives it her all. Her polite and courteous manner is thought to be a result of her mother's strict discipline. Accompanying Cream is her pet Chao, Cheese, who is always by her side.

Want to know more about Cream the Rabbit and Cheese the Chao? Visit the websites below.