Chapter 17: The Man of Steel and the Amazon vs. the Terminators, Part 2

Next chapter: "Trouble in Gotham City" 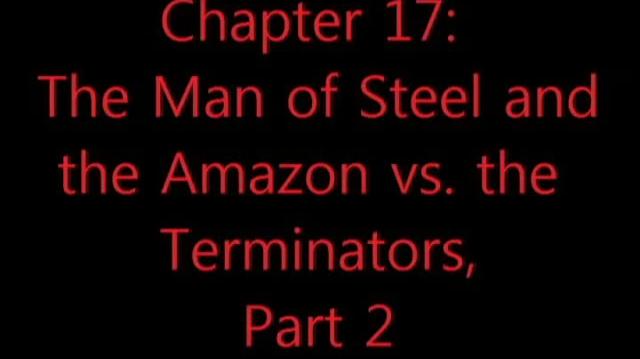 "Chapter 17: The Man of Steel and the Amazon vs. the Terminators, Part 2"

Superman and Wonder Woman fight a T-1000, taking the physical appearance of Man of Steel himself. After the fight, they come across Sonic the Hedgehog.