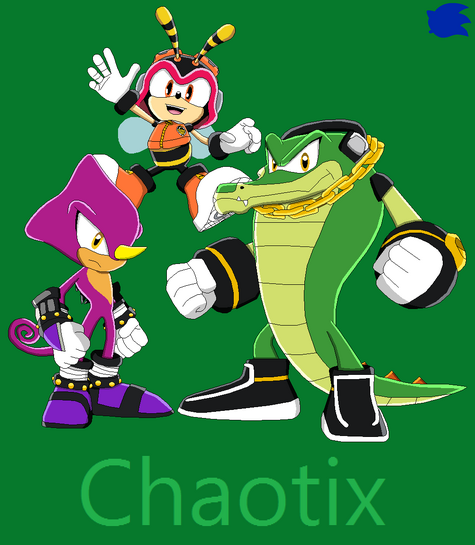 The Chaotix Detective Agency, also known as "Team Chaotix" or simply "Chaotix," are a trio of detectives-for-hire, consisting of Espio the Chameleon, Charmy Bee, and their leader, Vector the Crocodile. Though they're not involved in the ongoing world conflicts as often as Sonic the Hedgehog and his other allies are, they are nonetheless a formidable team despite their quirks and are always ready to provide aid to Sonic and his friends.

Want to know more about the Chaotix? Visit the website below.