Bunsen Is a Beast (universe) 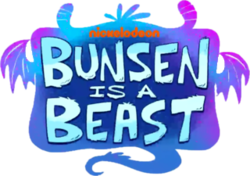 Bunsen Is a Beast is an American animated television series created by Butch Hartman. It revolves around an eccentric beast named Bunsen, who begins attending a middle school that had previously only admitted humans. In spite of prejudice against beasts, Bunsen befriends a human boy named Mikey Munroe and his homeschooled companion Darcy. Together, Bunsen and his friends try to navigate through school life while outsmarting a student named Amanda, who wants to rid society of Bunsen's kind.

Bunsen Is a Beast premiered on Nickelodeon on January 16, 2017, but was moved to the Nicktoons channel on December 18 of that year. The show ended on February 9, 2018, lasting only one season and 26 episodes. 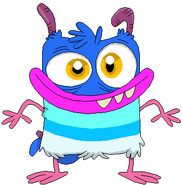