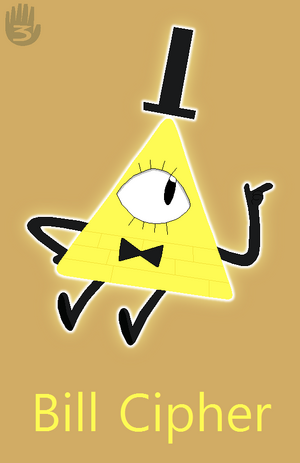 Bill Cipher is a powerful demon that can be summoned and released into a person's mind. He is a one-eyed, yellow, triangular pyramid with a top hat and a bow tie, superficially similar to the Eye of Providence. He has a snappy sense of humor and his knowledge knows no boundaries, but loses his temper quite easily due to impatience. His main goal is to merge the real universe with the universe of his own, the Nightmare Realm, and cause chaos.

Want to know more about Bill Cipher? Visit the website below.