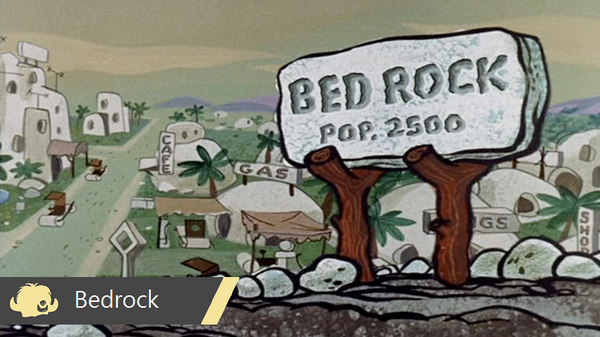 Bedrock is a medium-sized city, with all the amenities of such, but with a "prehistoric" twist. For instance, sauropod dinosaurs were seen being used as cranes at the town's most well-known employer, "Slate Rock and Gravel." The town's population as 2,500 people.

The people of Bedrock tend to be fairly friendly, if not without having various quirks. The denizens of Bedrock have a strong sense of civic spirit and tend to participate in various charities, parades, and so forth. The city is home to a number of service organizations, the best known of which is the Loyal Order of Water Buffalos, which counts among its membership Fred Flintstone and Barney Rubble.