Beavis and Butt-Head is an American adult animated sitcom created by Mike Judge. It centers on two socially incompetent teenage delinquents and couch potatoes named Beavis and Butt-Head, who go to school at Highland High in Highland, Texas. They lack evident adult supervision at home and are dimwitted, undereducated and barely literate. Both lack any empathy or moral scruples, even regarding each other. They will usually deem things they encounter as "cool" if they are associated with heavy metal, violence, sex, destruction or the macabre. While inexperienced with females, they both share an obsession with sex and tend to chuckle whenever they hear words or phrases that could even be vaguely interpreted as sexual or scatological.

The series originated from Frog Baseball, a 1992 short film by Judge originally aired on Liquid Television. After seeing the short, MTV signed Judge to develop the short into a full series. The series originally ran for seven seasons from March 8, 1993 to November 28, 1997. Fourteen years following the end of the series, it was revived for an eighth season, which aired from October 27 to December 29, 2011. A theatrical feature-length film based on the series, titled Beavis and Butt-Head Do America, was released in 1996 by Paramount Pictures.

Butt-Head
Add a photo to this gallery 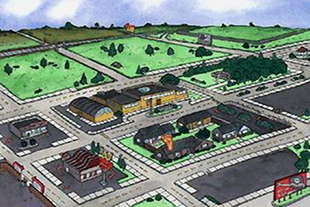 Highland
Add a photo to this gallery

Want to know more about Beavis and Butt-Head? Visit the website below.

Retrieved from "https://chroniclesofillusion.fandom.com/wiki/Beavis_and_Butt-Head_(universe)?oldid=36284"
Community content is available under CC-BY-SA unless otherwise noted.