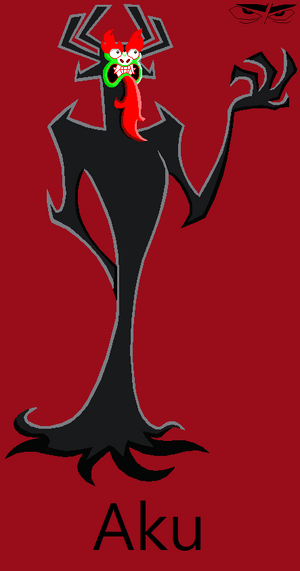 Aku, also known as "the Shape-Shifting Master of Masters," "the Deliverer of Darkness" and "the Shogun of Sorrow," is an extremely powerful demon wizard whose primary ability is shape-shifting, though he does possess other powers. He constantly antagonizes Jack, often attacking him when he is weak, and other times defending himself from Jack's own gambits. The two seem doomed never to defeat each other, for though Jack has defeated him on numerous occasions, Aku merely transforms into a creature and escapes, usually calling out a taunt over his shoulder, a fact that he is entirely aware of.

Want to know more about Aku? Visit the website below.